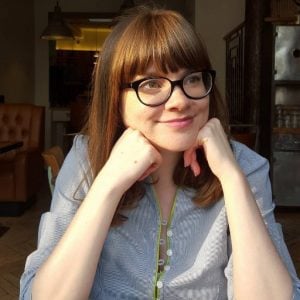 When they compared Page Design Shop conditions at Sports Direct to those of a Victorian workhouse, MPs were off the mark. What they should have said was: a Georgian-era factory. Or a Shanghai factory in the 1920s. Or a Bangladeshi sweatshop today.

In the history of work, the owner of Mike Ashley’s practice appears to have tolerated have been common: underpayment, fines, refusal of “excessive” toilet breaks, childbirth on shift, harsh discipline, and sexual harassment.

They most typically prevail where a political system is stacked so heavily against the workforce that there can be no countervailing voice and where an economic model in its infancy requires the urgent extraction of profit through coercion.

It would help if you had under-resourced inspection agencies, unions are forbidden to organize, and a ready supply of cheap labor. So it was in the England of George III, so it is in Britain in the second decade of the 21st century.

What is striking when you consider the modern reality of precarious work and coercive management is how the concept of human rights stops at the factory gate. The workers of Georgian England had no democratic rights or access to the law. But the 21st century is supposed to be an age of universal rights. Every one of the practices described at Sports Direct appears to have broken employment law and violated the human right of the citizen not to be bullied, shamed, endangered, or sexually harassed.

And Sports Direct is not alone. There is the fast-food outlet where one of the workers fails to smile, and a “secret shopper” can deduct the bonus of everyone on the shift. The construction sites are bedecked with “considerate contractor” signs, where blacklisting is a way of life, and the hotels are cleaned by migrants who face relentless verbal violence, deductions, and inadequate protections.

Why do we tolerate worker and manager practices that would not be tolerated between citizens and the state? The clue is in the physical geometry of the very first factory in Cromford, Derbyshire. Richard Arkwright, who built it, was a benign employer – but the historic site contained three devices crucial to how work would be governed under capitalism: a high wall, a clock, and a cannon loaded with grapeshot.

The wall was to prevent people from seeing in. The clock was to remind workers that their body clocks would be over-ridden by machine rhythms. And the cannon was there to prevent the local population from storming the premises and tearing it to pieces.

Today’s equivalents needn’t be so crude. Instead of the cannon and the clock, you have the camera in the cab of the truck driver; the GPS transmitter on the arm of the warehouse worker, tracking their speed and movement as they shift parcels; the barcode a home-care worker has to scan as she enters and leaves a client’s home in strictly timed 15-minute slots.

But secrecy endures at work. From the warehouse to the software house, the principle of confidentiality is enforced. As a TV journalist covering workplaces, you face a binary choice: the official story or the undercover one. There is no negotiated space in which workers can talk freely about their work.

This arrangement is tacitly endorsed when politicians visit. They arrive in hi-vis, shepherded by layer upon layer of corporate goons, speak to a selected worker for the cameras and then address a rally in which – strangely but predictably – nobody ever raises an actual political disagreement. Rights to heckle, to disagree, to boo – which would be normal at a public meeting – are removed in this private and unequal space.

It is hard to remember now that it was once different. Long after my grandfather died, my grandmother would wander into the offices of the coal mine where he had worked to ask a favor, complain, or talk to his friends. At my father’s factory, I don’t recall any security on the doors: you could nip in and bring him a sandwich. What went on in those factories and mines was public knowledge anyway because the workplace stood at the center of a stable community, with a rich institutional life of its own.

Precarity works in favor of today’s employers, both inside and outside the workplace. Virtually instant packability, the absence of unions, and the erosion of legal rights mean you shut up and put up with it while at work. The breakup of solid communities, the mercuriality of urban life, and the detachment of the business elite from everyday society all contribute to reducing moral pressure on employers from the communities their businesses serve.

In a few cases, against all the odds, workers organize. Cleaners at 100 Wood Street, a City of London office block, last week won the London Living Wage of £9.40 an hour via the tried-and-tested method of striking (in this case, for 43 days). The Unite trade union was instrumental in bringing the action that exposed Mike Ashley at Sports Direct.

But so much modern work is casual and temporary that unions alone cannot right the wrongs. We need new legal rights for workers. Those that exist have been undermined by reduced access to employment tribunals and by the exemption of small firms and agency businesses. And compared to post-2000 human rights law, the entire corpus of employment law, existing separately and conditionally, looks archaic.

A new charter of workplace rights should start from the principle of universality: that our human rights extend to the workplace unconditionally, and that human rights law can and should be the first line of defense against bosses like Mike Ashley – rather than a final option, pursued after months or years of sub-legal grievance procedures.

Unfortunately, the Brexit process will throw all workplace rights derived from EU membership into jeopardy. If, as promised, Theresa May maintains Britain’s signature on the European Convention on Human Rights, then it’s up to all of us – not just unions and lawyers – to force the concept of inalienable rights into the workplace.