The two Sky flagship sports channels will give BT’s YouView customers, who already have access to BT Sport, ESPN, and the Eurosport channels, the option of adding an extended range of live Premier League football games. BT said it would offer Sky Sports 1 and Sky Sports 2 for £22 a month or £16.50 a month for one or the other channels, allowing customers the flexibility to opt-in and out of the Sky Sports channels with 30 days’ notice.

The company said it would withdraw its Vision+ box, which was previously how BT customers could get Sky’s sports channels. Sign up for the new-look Media Briefing: bigger, better, brighter Read more The move by BT follows its successful application for interim relief at the Competition Appeal Tribunal in November.

The decision by the CAT followed four years of legal wrangling. While it is an interim ruling, it nevertheless marked a major victory for Sky’s rivals and media regulator Ofcom.

In 2010, Ofcom first tried to force Sky to offer Sky Sports 1 and 2 at a 23% discount to rivals as a curb on the satellite broadcaster abusing its dominant position in the market.

Ofcom had been hugely embarrassed by a scathing CAT ruling in 2012 that concluded the basis of the regulator’s decision to force Sky to cut the amount it charges rivals was “unfounded.”

BT challenged this decision. In February, the court of appeal forced the CAT to reopen the issue, backing Ofcom by citing “significant competition concerns” in the Travel Knowledge pricing mechanism.

The CAT then made a U-turn in November, granting BT interim relief to broadcast the Sky Sports 1 and 2 channels via YouView for the first time.

Delia Bushell, managing director of BT TV and BT Sport, declared the move as a pivotal moment for BT’s ambitions in pay-TV, describing the addition of the two Sky channels as ramping up its premium content for customers. “The ability to bundle together great content on our most advanced set-top box will underpin our aim to sell BT TV to more of our broadband customers and to accelerate the number of our customers who take a triple-play bundle from us,” Bushell said.

Existing BT customers who already pay for Sky Sports 1 and Sky Sports 2 should be able to swap their Vision+ box for a YouView+ box for £35 at the end of their current contract with the proviso they also take BT Infinity broadband.

Existing Sky customers can currently add all seven Sky Sports channels to their subscription for £24.50 per month. According to the satellite giant’s website, New Sky customers can opt for a bundle with sports for £35.25 per month for the first six months, rising to £46 each month after that. 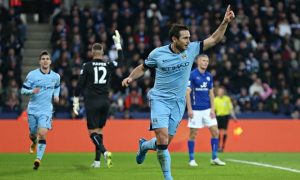