London is best seen on foot. But in a city so historically, culturally and geographically vast, you might need a guide. Fortunately, a burgeoning community of tour operators is ready and waiting to lead you through the streets of London. Ten of the many options – including the mainstream and the more offbeat – are suggested below. Check the websites for full details, as most walks require pre-booking. 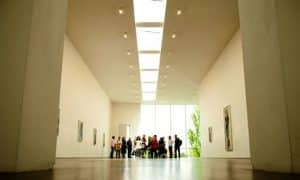 Fox & Squirrel Art Walks
New company Fox & Squirrel prides itself on knowing the best lifestyle venues in the capital. Regular walks explore London’s fashion, arts, vintage, architecture and food scenes. On a typical art walk, you’ll visit three contemporary galleries. A curator or artist will not only explain the work on show, but also the oft-bewildering nature of the London arts world.
• The next Arts walk is on 8 October, 3pm, Peckham Library, £15, 90 minutes, foxandsquirrel.com

Old Map Man
Nearly all tour guides thrive off London’s unrivalled history. Ken Titmuss, AKA the Old Map Man, goes one step further by physically conjuring up lost London using historic maps. For example, he’ll not only lead you to Charles Dickens’ former home, but also show you a 19th-century map with a gap where this house was about to be built. Tours operate all over London, but there’s no fixed rota so check the website for details.
• Tour starting points vary, next tour 19 October at 11am. Most walks cost £8 and last two hours, londontrails.wordpress.com

All eyes will be on London in 2012 for the Olympic and Paralympic Games. Public access to the main Olympic Park is restricted during the build-up, but a guided walk around the perimeter offers a tantalising preview. Blue Badge guides from Tour Guides Ltd provide daily outings. The tours begin in the Lower Lea Valley, where you’ll learn about the area’s still-visible industrial heritage. You’ll finish up on the Greenway, a raised walkway through the middle of the Olympic Park with spectacular views of the main stadia.
• 11am every day from Bromley-by-Bow tube station, adults £9, children £6, walks last around two hours maximum, tourguides2012.co.uk

How to start a … tour operator business