The automobile clubs that called for Max Mosley to resign as president of the FIA were last night digesting the governing body’s decision to keep the 68-year-old in his post and warned they could ultimately decide to leave the organization. 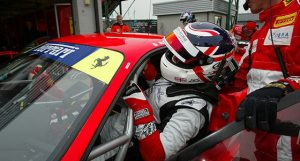 Following the Allgemeiner Deutscher Automobil-Club’s declaration that it has “suspended” its participation in the FIA following the emergency meeting in Paris, many of the other 25 clubs that wrote to Mosley asking him to give up his post told the Guardian that while accepting the vote of confidence in him, they remain disillusioned with the outcome.

“We will have a board meeting next week to discuss our next step. One of the possibilities will certainly be to leave the FIA,” said Pasi Nieminen, managing director of Automobile and Touring Club Finland. “We will now internally discuss the situation, and I cannot prelude on any possible decision,” added Niek Versteeg, secretary of Holland’s Koninklijke Nederlandsche Automobile Club.

Similar sentiments were also expressed by representatives of Denmark’s Forenede Dankse Motoroejere, Switzerland’s Touring Club Swisse, Austria’s OEMTC, and the two US mobility clubs: the American Automobile Touring Alliance and the American Automobile Club. Indeed, such is the AAA’s anger at Mosley’s continuation as president, a post he has held since 1993, that it has given support to the formation of a possible breakaway block, an idea first mooted after the Allgemeiner club’s declaration on Wednesday.

“I think there is a willingness to call for alternate structures to ensure the motorist is appropriately covered,” said the head of the AAA, Robert Darbelnet. “These are very troubling times after what was an unfortunate outcome and a miserable day for the FIA.”

There was some good news for the sport; however, after key formula, one sponsor and manufacturers confirmed they would remain in the sport.
Formula one’s commercial rights holder Bernie Ecclestone had hinted that commercial organizations would leave in protest to Mosley’s stay in power, which he secured thanks to 103 votes, but sponsors, including Vodafone, Time Warner, and Johnnie Walker, all said they would stick with their respective teams; McClaren Mercedes, Toyota, and Honda.

BMW, which had criticized Mosley soon after revelations about his private life, was made public in April; last night, he issued a statement confirming their continued participation. “The relevant bodies of the FIA have passed a vote of confidence in Max Mosley, and we respect this decision,” said the team principal Mario Theissen. “It is important now for everyone concerned to turn their undivided attention back to the sport.”

Theissen indicated that BMW’s desire to move on, which is shared by Toyota and Honda, who was equally critical of Mosley, is partly base on the fact the FIA president has promised to give up his post as in 2009, something which also appears to be a driving factor in the relative passiveness of the associations’ s disgruntled members.

“It is in the best interests of the FIA’s image that Mr. Mosley stands by his decision to leave in 2009,” said Thomas Moller Thompson, CEO of the Forenede Dankse Motoroejere. “There will undoubtedly be sharper tensions from members should he go back on his word.”