Islamic State has released a propaganda video that shows five children, one of whom it identifies as British, murdering Kurdish prisoners. 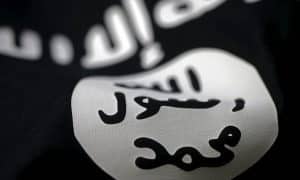 Each of the children is captioned in the video with names that Isis has used before to denote a fighter’s country of origin. A white boy with blue eyes is labeled “Abu Abdullah al-Britani” (the Briton), but the child’s identity has not been verified.

The other children are said to be Abu Ishaq al-Masri (the Egyptian), Abu Fu’ad al-Kurdi (the Kurd), and Yusuf al-Uzbaki (the Uzbek). It is not known where the video was filmed.

In February, Isis released a video purportedly showing a young British boy, thought to be four-year-old Isa Dare, blowing up a car and killing three prisoners inside. He is the son of the Muslim extremist Grace “Khadija” Dare, from Lewisham, south-east London, who traveled to Syria in 2012.