A bridge too far: can a card game be considered a sport?

With all the competitive mindset of elite athletes, the English Bridge Union appears to like a challenge. This week’s judicial review will decide whether it was right for Sport England to have ruled that the card game is not a sport. It isn’t the first time the EBU has sought to increase the bridge’s status – last year, and it lost a case against HMRC after a tribunal ruled bridge was a game, not a sport (becoming a recognized sport would have meant VAT exemptions). 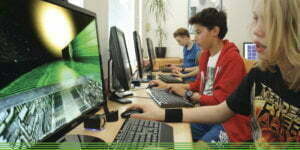 “There are two issues – the funding issue and the definition issue,” says Kris Lines, associate professor of sports law at Staffordshire University. “The problem is there isn’t actually a definition of sport in the UK.” Where funding is concerned, organizations such as Sport England will be reluctant to admit new “sports” if it means they will also have to fund them.

According to the European Sports Charter, sport is “all forms of physical activity that, through casual or organized participation, aim to express or improve physical fitness and mental well-being, forming social relationships or obtaining results in competition at all levels.”

“Europe has said [sport has] to be physical, but the International Olympic Committee is prepared to include mind sports. So you’ve got Europe saying one thing, the IOC saying another thing, and other jurisdictions around the world saying something completely different. There isn’t one absolute definition,” says Lines.

The ultimate frisbee championship in the US.

The IOC, for instance, recognizes chess and bridge as sports – the respective federations have applied for them both to be included in the 2020 Olympics; other sports that have applied include snooker and tug of war, and the IOC recognized “ultimate frisbee” last month. Other EU countries, such as Ireland and Poland, also consider bridging a sport. It seems hard for Sport England to argue against the bridge when it recognizes angling as a sport, which doesn’t require a huge amount of physical exertion.

There has been much debate over the years about whether “sports” such as darts (pub game), cheerleading (arguably pointless), and dressage (see cheerleading) should be considered as such. If ballroom dancing is a sport, as recognized by Sport England, then is ballet one too? If sport is defined as physical skill, then why not include wood whittling or tiddlywinks? Or if by its competition element, why not competitive eating?

Last year, some people entering the US for the competition were given athletes’ visas, but they weren’t athletes in the way you may think – they were videogamers. ESports (or competitive gaming), says Lines, have several things in common with officially recognized sport: “It’s physical, there are tactics and a regulatory body. But eSports still aren’t recognized in several jurisdictions, and certainly not in the UK.”

Sports such as “synchronized swimming or rhythmic gymnastics are more about the expression and art form,” says Lines, “but if you go down that route, then the only sports left are the ones that have got a physical start and stop where it’s obvious who the winner is, as a race. I think it’s more about the context in which the activity is taking place.”