A Turkish court has banned internet users from viewing the official Richard Dawkins website after a Muslim creationist claimed its contents were defamatory and blasphemous.

Adnan Oktar, who writes under the pen name of Harun Yahya, complained that Dawkins, a fierce critic of creationism and intelligent design, had insulted him in comments made on forums and blogs.

According to Oktar’s office, Istanbul’s second criminal court of peace banned the site earlier this month on the grounds that it “violated” Oktar’s personality.

His press assistant, Seda Aral, said: “We are not against freedom of speech or expression but you cannot insult people.

Sign up to the new-look Media Briefing: bigger, better, brighter
“We found the comments hurtful. It was not a scientific discussion. There was a line and the limit has been passed.

“We have used all the legal means to stop this site. We asked them to remove the comments but they did not.“

Oktar, a household name in Turkey, has used hundreds of books, pamphlets and DVDS to contest Darwin’s theory of evolution.

Dawkins, one of the recipients, described the book as “preposterous“. On his website the British biologist and popular science writer said he was at “a loss to reconcile the expensive and glossy production values of this book with the ‘breathtaking inanity’ of the content.“

It is the third time Oktar and his associates have succeeded in blocking sites in Turkey.

In August 2007 Oktar persuaded a court to block access to WordPress.com. His lawyers argued that blogs on WordPress.com contained libelous material that the company was unwilling to remove.

Last April, he made a libel complaint about Google Groups, which was subsequently blocked.

He failed to ban Dawkins‘ book the God Delusion in Turkey after a court rejected his claims that it insulted religion. 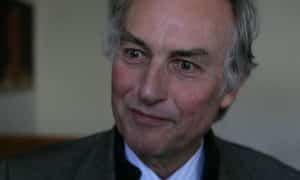