Could WordPress be the next Tumblr?

Giant media and internet companies keep scooping up social-media services: among others, MySpace went to News Corp, YouTube to Google, Instagram to Facebook, and now Tumblr to Yahoo. For the young founders and their investors, the trajectory in each case has been 1) create a proprietary platform; 2) lure gazillions of users; 3) sell for huge amounts of money to a profitable enterprise that will figure out how to monetize all those users. 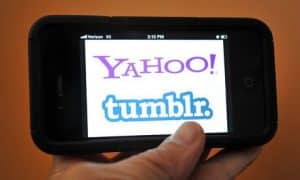 Now consider a 20-something entrepreneur named Matt Mullenweg. Like the founders of so many other important platforms, he has been coding most of his life. In the decade of its existence, his blogging software, WordPress, has become an essential part of the internet, powering about 20% of all websites. If the media and internet giants were bidding on Automattic, the parent company of WordPress.com and a variety of ancillary products, I’m betting they’d wave checks in the range of the $1.1bn or so that Yahoo is said to be paying for Tumblr.

Sign up to the new-look Media Briefing: bigger, better, brighter
Heres the thing, though. WordPress isn’t like the other products I just mentioned, and Mullenweg, who told me late last year he has no intention of selling out, is a different kind of founder. I consider WordPress to be the most important platform around because it is a) open and b) controlled by a young man and team whose hearts and minds, from my perspective, are precisely in the right place at the right time. I admire them enormously.

It’s not that Mullenweg is against making money. In fact, he and Automattic make a lot of it (though he doesn’t say how much) via WordPress.com, which offers free, hosted blogs and a variety of for-pay services, including major corporate and media customers such as the New York Times, the Wall Street Journal and CNN. The revenues are enough that the company has sunk “tens of millions” of dollars into WordPress development, to improve it and support its millions of users, individual and corporate.

That’s WordPress.com, the commercial arm of Mullenweg‘s operations. But more important, in the long run, is WordPress.org, which offers the software for free, open-source. This means anyone can download it at no charge, modify it at will and use it on his or her own server. I’m among the countless people who have done that, and I’ve come to rely on it for several blogs I maintain. (I also have several WordPress.com blogs, such as a place for some classroom work).

The WordPress community is enormous in part because, like other major open-source projects, it has become the center of an ecosystem. There are tens of thousands of extensions available for WordPress – software add-ons that do everything from curb comment spam to create online stores to you name it, plus vast numbers of “themes” that give users flexiblity in how the site will look and feel for the user. Automattic has created a few of the plug-ins, but third-party developers have done the vast majority. Some are free to use, like the core software, while others come with a charge.

Contrast this with all the other major for-profit platform operations, such as Google, Facebook, Twitter, et al. To a greater or lesser degree, they allow developers to create applications to run on or alongside their platforms, but they are absolutely in control. The third-party developers and their products live essentially at the whim of the platform owners, and so does the content that we (you and I) put into their computers. We get convenience in return, but we need to always keep in mind who’s running things. With WordPress.org sites, we are in control.