ANA’s decision to replace a key engine part, possibly on all 50 of its Dreamliners, is the latest in a series of glitches that plagued the fuel-efficient plane since it made its maiden commercial flight – three years behind schedule – in late 2011.

According to the Nikkei business newspaper, the groundings are expected to lead to the cancellation of at least 350 flights on ANA’s Japanese domestic routes through to the end of next month. 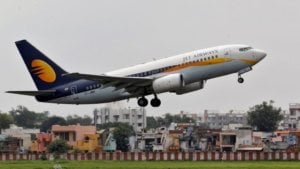 The carrier canceled nine flights on Friday, affecting more than 3,000 passengers and costing the airline an estimated 55m yen (£414,000) in lost revenue.

ANA is the world’s biggest airplane of Dreamliners; its domestic rival, Japan Airlines (JAL), operates 30 787s, but they are fitted with a different engine type.

The problem came to light while ANA and Boeing engineers investigated the cause of an incident in February when an ANA 787 had to return to Kuala Lumpur airport after one of its engines overheated. Inspections revealed damage to medium-pressure turbine blades in the aircraft’s Trent 1000 engines.

Rolls-Royce said it had notified other airlines that use the same type of engine, adding that it would make an improved part available by the end of the year.

The firm said it was “working closely with ANA to minimize the effect on aircraft service disruption.”

A spokesman for Boeing in Tokyo said: “We are aware of the situation and are working with Rolls-Royce and ANA to resolve any issues impacting the airplanes in service.”

The Dreamliner has suffered a string of problems in its first few years of service, including fuel leaks, battery fires, a wiring problem, a brake computer fault, and a cracked cockpit window.

In the most serious incident in Japan, an ANA Dreamliner was forced to make an emergency landing in January 2013 after a smoke alarm went off in the cockpit Network Posting.

ANA has already started repairing all of its Dreamliners on international routes after investigators found that the same medium-pressure turbine blades were corroding, possibly due to a design flaw.

The Dreamliner’s commercial debut in October 2011 was supposed to have heralded a new era in commercial flight. The plane, made of carbon fiber and other lightweight materials, is 20% more fuel-efficient than conventional airliners and 30% cheaper to maintain and features design improvements for more comfortable medium and long-haul flights.

Boeing had received orders for 1,161 Dreamliners as of last month and has delivered 445.