A botched attempt to break into the iPhone Team Kgsr of an Arab activist using hitherto unknown espionage software has triggered a global upgrade of Apple’s mobile operating system, security researchers said on Thursday. The spyware took advantage of three previously undisclosed weaknesses in Apple’s iPhone to take complete control of the devices. 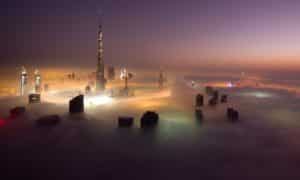 It’s a story worthy of a high-tech spy novel. When Ahmed Mansour opened his iPhone 6 on 10 August, he spied two suspicious text messages claiming to offer new information about dissidents being held and tortured in prisons in the United Arab Emirates (UAE). Each message held a link to a website where Mansour could obtain more information.

Mansour – a decorated human rights activist targeted twice before by the UAE government – knew better than to click the links. Instead, he forwarded them to security researchers at the Citizen Lab, which examined the links with the help of another security firm, Lookout Mobile.

Bounty hunters are legally hacking Apple and the Pentagon – for big money. Read more. What they found was an extremely sophisticated piece of spyware that, when launched, would jailbreak Mansour’s iPhone and take complete control of the operating system, bypassing any security controls Apple put in place.

Detailed reports issued by Lookout and Citizen Lab outlined how the technique worked, potentially compromising an iPhone with the tap of a finger – a trick so coveted in the world of cyberespionage that in November, one spyware broker claimed it had paid a 1m dollar bounty to programmers who’d found a way to do it.

The first attack exploited a vulnerability in Safari, fooling the phone into launching a browser session. The second is located at the core of the phone’s operating system, known as the kernel. The third exploit replaced the kernel, becoming a part of iOS. “Once you become the kernel, at that point, you are the phone,” Murray says. “You can load any software you want.”

From that point, it would have been possible for attackers to spy on virtually anything Mansour did – phone calls, text messages, Gmail, Skype, and Facebook – as well as scan his calendar and steal passwords and other personal information.

By tracking the domains used to launch the attack and code embedded inside those sites, Citizen Lab traced it to a private Israeli security firm called NSO Group. That organization sells surveillance software called Pegasus to nation-states; in 2012, NSO sold 300 licenses to the government of Panama for $8m.

In a statement that stopped short of acknowledging that the spyware was its own, the NSO Group said its mission was to provide “authorized governments with technology that helps them combat terror and crime.” The company said it did not know of any particular incidents.

Citizen Lab also uncovered links between NSO and a group known to have launched attacks on other UAE citizens known as Stealth Falcon. The hacking group shared a handful of Internet servers with NSO. “So the link we suspect between Stealth Falcon and NSO is that Stealth Falcon is an NSO customer,” says Bill Marczak, senior researcher for Citizen Lab.

Stealth Falcon, in turn, had targeted other UAE dissidents in the past who were later imprisoned or convicted in absentia, Marczak adds. In addition, the material Stealth Falcon used as bait to lure victims into clicking the fatal link “was overwhelmingly geared towards the UAE,” he says.

“The high cost of iPhone zero-days, the apparent use of NSO Group’s government-exclusive Pegasus product, and prior known targeting of Mansoor by the UAE government provide indicators that point to the UAE government as the likely operator behind the targeting,” Citizen Labs’ report concludes.

While nation-states targeting individuals is nothing new, this attack was something no one has ever seen before, says Lookout’s Murray.

“I cannot remember a single malware attack that contained three distinct zero-day exploits,” he says. “They picked the iPhone, the hardest platform to compromise. They created spyware with the most comprehensive feature set you can have, and they deployed it so that no one would catch it for years.

“Put it all together, and this is unprecedented.”